The Valley of Fear 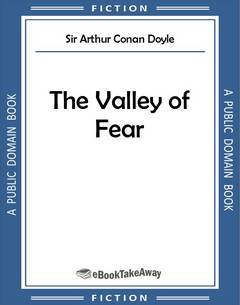 Read an excerpt and download The Valley of Fear by Sir Arthur Conan Doyle for iPhone, iPad, Nook, Android, and Kindle in PDF and all popular eBook reader formats (AZW3, EPUB, MOBI).

A coded warning sends Sherlock Holmes and Dr. Watson to a country retreat, where they follow a perplexing trail of clues to unmask a murderer - and to break the stranglehold of a terrorist cult.

PART 1—The Tragedy of Birlstone

"I should do so," Sherlock Holmes remarked impatiently.

I believe that I am one of the most long-suffering of mortals; but I'll admit that I was annoyed at the sardonic interruption. "Really, Holmes," said I severely, "you are a little trying at times."

He was too much absorbed with his own thoughts to give any immediate answer to my remonstrance. He leaned upon his hand, with his untasted breakfast before him, and he stared at the slip of paper which he had just drawn from its envelope. Then he took the envelope itself, held it up to the light, and very carefully studied both the exterior and the flap.

He was speaking to himself rather than to me; but my vexation disappeared in the interest which the words awakened.

"Who then is Porlock?" I asked.

"Porlock, Watson, is a nom-de-plume, a mere identification mark; but behind it lies a shifty and evasive personality. In a former letter he frankly informed me that the name was not his own, and defied me ever to trace him among the teeming millions of this great city. Porlock is important, not for himself, but for the great man with whom he is in touch. Picture to yourself the pilot fish with the shark, the jackal with the lion—anything that is insignificant in companionship with what is formidable: not only formidable, Watson, but sinister—in the highest degree sinister. That is where he comes within my purview. You have heard me speak of Professor Moriarty?"

"The famous scientific criminal, as famous among crooks as—"

"My blushes, Watson!" Holmes murmured in a deprecating voice.

"I was about to say, as he is unknown to the public."

"A touch! A distinct touch!" cried Holmes. "You are developing a certain unexpected vein of pawky humour, Watson, against which I must learn to guard myself. But in calling Moriarty a criminal you are uttering libel in the eyes of the law—and there lie the glory and the wonder of it! The greatest schemer of all time, the organizer of every deviltry, the controlling brain of the underworld, a brain which might have made or marred the destiny of nations—that's the man! But so aloof is he from general suspicion, so immune from criticism, so admirable in his management and self-effacement, that for those very words that you have uttered he could hale you to a court and emerge with your year's pension as a solatium for his wounded character. Is he not the celebrated author of The Dynamics of an Asteroid, a book which ascends to such rarefied heights of pure mathematics that it is said that there was no man in the scientific press capable of criticizing it? Is this a man to traduce? Foul-mouthed doctor and slandered professor—such would be your respective roles! That's genius, Watson. But if I am spared by lesser men, our day will surely come."