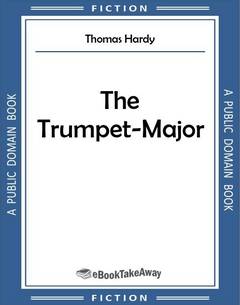 I.  WHAT WAS SEEN FROM THE WINDOW OVERLOOKING THE DOWN

In the days of high-waisted and muslin-gowned women, when the vast amount of soldiering going on in the country was a cause of much trembling to the sex, there lived in a village near the Wessex coast two ladies of good report, though unfortunately of limited means.  The elder was a Mrs. Martha Garland, a landscape-painter’s widow, and the other was her only daughter Anne.

Anne was fair, very fair, in a poetical sense; but in complexion she was of that particular tint between blonde and brunette which is inconveniently left without a name.  Her eyes were honest and inquiring, her mouth cleanly cut and yet not classical, the middle point of her upper lip scarcely descending so far as it should have done by rights, so that at the merest pleasant thought, not to mention a smile, portions of two or three white teeth were uncovered whether she would or not.  Some people said that this was very attractive.  She was graceful and slender, and, though but little above five feet in height, could draw herself up to look tall.  In her manner, in her comings and goings, in her ‘I’ll do this,’ or ‘I’ll do that,’ she combined dignity with sweetness as no other girl could do; and any impressionable stranger youths who passed by were led to yearn for a windfall of speech from her, and to see at the same time that they would not get it.  In short, beneath all that was charming and simple in this young woman there lurked a real firmness, unperceived at first, as the speck of colour lurks unperceived in the heart of the palest parsley flower.

She wore a white handkerchief to cover her white neck, and a cap on her head with a pink ribbon round it, tied in a bow at the front.  She had a great variety of these cap-ribbons, the young men being fond of sending them to her as presents until they fell definitely in love with a special sweetheart elsewhere, when they left off doing so.  Between the border of her cap and her forehead were ranged a row of round brown curls, like swallows’ nests under eaves.

She lived with her widowed mother in a portion of an ancient building formerly a manor-house, but now a mill, which, being too large for his own requirements, the miller had found it convenient to divide and appropriate in part to these highly respectable tenants.  In this dwelling Mrs. Garland’s and Anne’s ears were soothed morning, noon, and night by the music of the mill, the wheels and cogs of which, being of wood, produced notes that might have borne in their minds a remote resemblance to the wooden tones of the stopped diapason in an organ. Occasionally, when the miller was bolting, there was added to these continuous sounds the cheerful clicking of the hopper, which did not deprive them of rest except when it was kept going all night; and over and above all this they had the pleasure of knowing that there crept in through every crevice, door, and window of their dwelling, however tightly closed, a subtle mist of superfine flour from the grinding room, quite invisible, but making its presence known in the course of time by giving a pallid and ghostly look to the best furniture.  The miller frequently apologized to his tenants for the intrusion of this insidious dry fog; but the widow was of a friendly and thankful nature, and she said that she did not mind it at all, being as it was, not nasty dirt, but the blessed staff of life.

By good-humour of this sort, and in other ways, Mrs. Garland acknowledged her friendship for her neighbour, with whom Anne and herself associated to an extent which she never could have anticipated when, tempted by the lowness of the rent, they first removed thither after her husband’s death from a larger house at the other end of the village.  Those who have lived in remote places where there is what is called no society will comprehend the gradual levelling of distinctions that went on in this case at some sacrifice of gentility on the part of one household.  The widow was sometimes sorry to find with what readiness Anne caught up some dialect-word or accent from the miller and his friends; but he was so good and true-hearted a man, and she so easy-minded, unambitious a woman, that she would not make life a solitude for fastidious reasons.  More than all, she had good ground for thinking that the miller secretly admired her, and this added a piquancy to the situation.