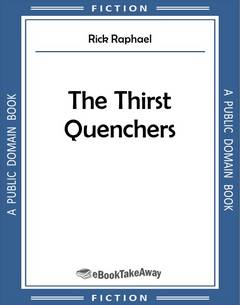 "You know the one thing I really like about working for DivAg?" Troy Braden muttered into his face-mask pickup.

Ten yards behind Troy, and following in his ski tracks, his partner Alec Patterson paused to duck under a snow-laden spruce bough before answering. It was snowing heavily, a cold, dry crystal snow, piling up inch upon inch on the already deep snow pack of the Sawtooth Mountain range. In another ten minutes they would be above the timberline and the full force of the storm would hit them.

"Tell me, Mr. Bones," he asked as he poled easily in Troy's tracks, "what is the one thing you really like about working for the Division of Agriculture?"

Troy tracked around a trough of bitterbrush that bent and fought against the deep snow. "It's so dependable," he said, "so reliable, so unchanging. In nearly two centuries, the world has left behind the steel age; has advanced to nucleonics, tissue regeneration, autoservice bars and electronically driven yo-yos. Everyone in the world except the United States Division of Agriculture. The tried and true method is the rock up on which our integrity stands—even though it was tried more than a hundred years ago."

He dropped out of sight over a small hummock and whipped down the side of a slight depression in the slope, his skis whispering over the dry snow and sending up a churning crest of white from their tips.

Alec chuckled and poled after him into the basin. The two young junior hydrologists worked their way up the opposite slope and then again took the long, slow traverse-and-turn, traverse-and-turn path through the thinning trees and out into the open wind-driven snow field above them.

Just below the ridgeline, a shelf of packed snow jutted out for a dozen yards, flat and shielded from the wind by a brief rock face. Troy halted in the small island in the storm and waited for Alec to reach him.

He fumbled with mittened fist at the cover of the directional radiation compass strapped to his left wrist. The outer dial rotated as soon as the cover lock was released and came to a stop pointing to magnetic north. The detector needle quartered across the northeast quadrant of the dial like a hunting dog and then came to rest at nineteen degrees, just slightly to the left of the direction of their tracks. An inner dial needle quivered between the yellow and red face of the intensity meter.

"We should be within a couple of hundred yards of the marker now," Troy announced as his short, chunky partner checked alongside. Alec nodded and peered through the curtain of sky-darkened snow just beyond the rock face. He could see powder spume whipping off the ridge crest twenty feet above them but the contour of the sloping ridge was quickly lost in the falling snow.

The hydrologists leaned on their ski poles and rested for a few minutes before tackling the final cold leg of their climb. Each carried a light, cold-resistance plastic ruckpac slung over their chemically-heated light-weight ski suits.

A mile and a half below in the dense timber, their two Sno cars were parked in the shelter of a flattened and fallen spruce and they had thrown up a quick lean-to of broken boughs to give the vehicles even more protection from the storm. From there to the top, Troy was right in his analysis of DivAg. When God made mountain slopes too steep and timber too thick, it was a man and not a machine that had to do the job on skis; just as snow surveyors had done a century before when the old Soil Conservation Service pioneered the new science of snow hydrology.

The science had come a long way in the century from the days when teams of surveyors poked a hollow, calibrated aluminum tube into the snow pack and then read depth and weighed both tube and contents to determine moisture factors.