The Price of Love 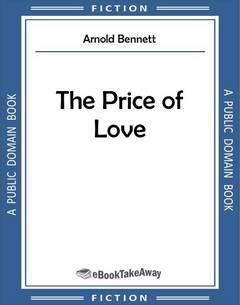 The personal struggles of Rachel Fleckring to make her way in a male oriented world during the early years of the 20th century in the context of massive social change.

MONEY IN THE HOUSE

In the evening dimness of old Mrs. Maldon's sitting-room stood the youthful virgin, Rachel Louisa Fleckring. The prominent fact about her appearance was that she wore an apron. Not one of those white, waist-tied aprons, with or without bibs, worn proudly, uncompromisingly, by a previous generation of unaspiring housewives and housegirls! But an immense blue pinafore-apron, covering the whole front of the figure except the head, hands, and toes. Its virtues were that it fully protected the most fragile frock against all the perils of the kitchen; and that it could be slipped on or off in one second, without any manipulation of tapes, pins, or buttons and buttonholes—for it had no fastenings of any sort and merely yawned behind. In one second the drudge could be transformed into the elegant infanta of boudoirs, and vice versa. To suit the coquetry of the age the pinafore was enriched with certain flouncings, which, however, only intensified its unshapen ugliness.

On a plain, middle-aged woman such a pinafore would have been intolerable to the sensitive eye. But on Rachel it simply had a piquant and perverse air, because she was young, with the incomparable, the unique charm of comely adolescence; it simply excited the imagination to conceive the exquisite treasures of contour and tint and texture which it veiled. Do not infer that Rachel was a coquette. Although comely, she was homely—a "downright" girl, scorning and hating all manner of pretentiousness. She had a fine best dress, and when she put it on everybody knew that it was her best; a stranger would have known. Whereas of a coquette none but her intimate companions can say whether she is wearing best or second-best on a given high occasion. Rachel used the pinafore-apron only with her best dress, and her reason for doing so was the sound, sensible reason that it was the usual and proper thing to do.

She opened a drawer of the new Sheraton sideboard, and took from it a metal tube that imitated brass, about a foot long and an inch in diameter, covered with black lettering. This tube, when she had removed its top, showed a number of thin wax tapers in various colours. She chose one, lit it neatly at the red fire, and then, standing on a footstool in the middle of the room, stretched all her body and limbs upward in order to reach the gas. If the tap had been half an inch higher or herself half an inch shorter, she would have had to stand on a chair instead of a footstool; and the chair would have had to be brought out of the kitchen and carried back again. But Heaven had watched over this detail. The gas-fitting consisted of a flexible pipe, resembling a thick black cord, and swinging at the end of it a specimen of that wonderful and blessed contrivance, the inverted incandescent mantle within a porcelain globe: the whole recently adopted by Mrs. Maldon as the dangerous final word of modern invention. It was safer to ignite the gas from the orifice at the top of the globe; but even so there was always a mild disconcerting explosion, followed by a few moments' uncertainty as to whether or not the gas had "lighted properly."