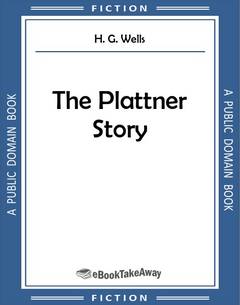 Whether the story of Gottfried Plattner is to be credited or not, is a pretty question in the value of evidence. On the one hand, we have seven witnessesto be perfectly exact, we have six and a half pairs of eyes, and one undeniable fact; and on the other we havewhat is it?prejudice, common sense, the inertia of opinion. Never were there seven more honest-seeming witnesses; never was there a more undeniable fact than the inversion of Gottfried Plattners anatomical structure, andnever was there a more preposterous story than the one they have to tell! The most preposterous part of the story is the worthy Gottfrieds contribution (for I count him as one of the seven). Heaven forbid that I should be led into giving countenance to superstition by a passion for impartiality, and so come to share the fate of Eusapias patrons! Frankly, I believe there is something crooked about this business of Gottfried Plattner; but what that crooked factor is, I will admit as frankly, I do not know. I have been surprised at the credit accorded to the story in the most unexpected and authoritative quarters. The fairest way to the reader, however, will be for me to tell it without further comment.

Gottfried Plattner is, in spite of his name, a free-born Englishman. His father was an Alsatian who came to England in the Sixties, married a respectable English girl of unexceptionable antecedents, and died, after a wholesome and uneventful life (devoted, I understand, chiefly to the laying of parquet flooring), in 1887. Gottfrieds age is seven-and-twenty. He is, by virtue of his heritage of three languages, Modern Languages Master in a small private school in the South of England. To the casual observer he is singularly like any other Modern Languages Master in any other small private school. His costume is neither very costly nor very fashionable, but, on the other hand, it is not markedly cheap or shabby; his complexion, like his height and his bearing, is inconspicuous. You would notice, perhaps, that, like the majority of people, his face was not absolutely symmetrical, his right eye a little larger than the left, and his jaw a trifle heavier on the right side. If you, as an ordinary careless person, were to bare his chest and feel his heart beating, you would probably find it quite like the heart of anyone else. But here you and the trained observer would part company. If you found his heart quite ordinary, the trained observer would find it quite otherwise. And once the thing was pointed out to you, you too would perceive the peculiarity easily enough. It is that Gottfrieds heart beats on the right side of his body.