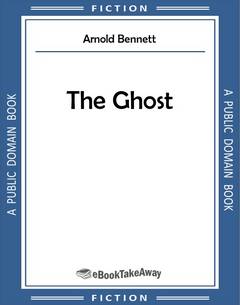 I am eight years older now. It had never occurred to me that I am advancing in life and experience until, in setting myself to recall the various details of the affair, I suddenly remembered my timid confusion before the haughty mien of the clerk at Keith Prowse's.

I had asked him:

"Have you any amphitheatre seats for the Opera to-night?"

He did not reply. He merely put his lips together and waved his hand slowly from side to side.

Not perceiving, in my simplicity, that he was thus expressing a sublime pity for the ignorance which my demand implied, I innocently proceeded:

This time he condescended to speak.

Then I understood that what he meant was: "Poor fool! why don't you ask for the moon?"

I blushed. Yes, I blushed before the clerk at Keith Prowse's, and turned to leave the shop. I suppose he thought that as a Christian it was his duty to enlighten my pitiable darkness.

"It's the first Rosa night to-night," he said with august affability. "I had a couple of stalls this morning, but I've just sold them over the telephone for six pound ten."

He smiled. His smile crushed me. I know better now. I know that clerks in box-offices, with their correct neckties and their air of continually doing wonders over the telephone, are not, after all, the grand masters of the operatic world. I know that that manner of theirs is merely a part of their attire, like their cravats; that they are not really responsible for the popularity of great sopranos; and that they probably go home at nights to Fulham by the white omnibus, or to Hammersmith by the red one—and not in broughams.

"I see," I observed, carrying my crushed remains out into the street. Impossible to conceal the fact that I had recently arrived from Edinburgh as raw as a ploughboy!

If you had seen me standing irresolute on the pavement, tapping my stick of Irish bog-oak idly against the curbstone, you would have seen a slim youth, rather nattily dressed (I think), with a shadow of brown on his upper lip, and a curl escaping from under his hat, and the hat just a little towards the back of his head, and a pretty good chin, and the pride of life in his ingenuous eye. Quite unaware that he was immature! Quite unaware that the supple curves of his limbs had an almost feminine grace that made older fellows feel paternal! Quite unaware that he had everything to learn, and that all his troubles lay before him! Actually fancying himself a man because he had just taken his medical degree....

The June sun shone gently radiant in a blue sky, and above the roofs milky-bosomed clouds were floating in a light wind. The town was bright, fresh, alert, as London can be during the season, and the joyousness of the busy streets echoed the joyousness of my heart (for I had already, with the elasticity of my years, recovered from the reverse inflicted on me by Keith Prowse's clerk). On the opposite side of the street were the rich premises of a well-known theatrical club, whose weekly entertainments had recently acquired fame. I was, I recollect, proud of knowing the identity of the building—it was one of the few things I did know in London—and I was observing with interest the wondrous livery of the two menials motionless behind the glass of its portals, when a tandem equipage drew up in front of the pile, and the menials darted out, in their white gloves, to prove that they were alive and to justify their existence.

It was an amazingly complete turnout, and it well deserved all the attention it attracted, which was considerable. The horses were capricious, highly polished grays, perhaps a trifle undersized, but with such an action as is not to be bought for less than twenty-five guineas a hoof; the harness was silver-mounted; the dog-cart itself a creation of beauty and nice poise; the groom a pink and priceless perfection. But the crown and summit of the work was the driver—a youngish gentleman who, from the gloss of his peculiarly shaped collar to the buttons of his diminutive boots, exuded an atmosphere of expense. His gloves, his scarf-pin, his watch-chain, his mustache, his eye-glass, the crease in his nether garments, the cut of his coat-tails, the curves of his hat—all uttered with one accord the final word of fashion, left nothing else to be said. The correctness of Keith Prowse's clerk was as naught to his correctness. He looked as if he had emerged immaculate from the outfitter's boudoir, an achievement the pride of Bond Street.

As this marvellous creature stood up and prepared to alight from the vehicle, he chanced to turn his eye-glass in my direction. He scanned me carelessly, glanced away, and scanned me again with a less detached stare. And I, on my part, felt the awakening of a memory.

"That's my cousin Sullivan," I said to myself. "I wonder if he wants to be friends."

It was indeed the celebrated Sullivan Smith, composer of those so successful musical comedies, "The Japanese Cat," "The Arabian Girl," and "My Queen." And he condescended to recognize me! His gestures indicated, in fact, a warm desire to be cousinly. I reached him. The moment was historic. While the groom held the wheeler's head, and the twin menials assisted with dignified inactivity, we shook hands.

"Remember I punched your head?"

"Rather!" (Somehow I was proud that he had punched my head.)

"No credit to me," he added magnanimously, "seeing I was years older than you and a foot or so taller. By the way, Carl, how old did you say you were?"

He regarded me as a sixth-form boy might regard a fourth-form boy.