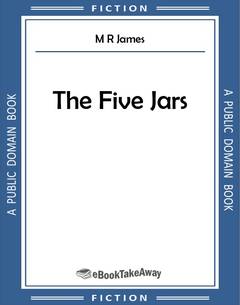 You remember that you were puzzled when I told you I had heard something from the owls—or if not puzzled (for I know you have some experience of these things), you were at any rate anxious to know exactly how it happened. Perhaps the time has now come for you to be told.

It was really luck, and not any skill of mine, that put me in the way of it; luck, and also being ready to believe more than I could see. I have promised not to put down on paper the name of the wood where it happened: that can keep till we meet; but all the rest I can tell exactly as it came about.

It is a wood with a stream at the edge of it; the water is brown and clear. On the other side of it are flat meadows, and beyond these a hillside quite covered with an oak wood. The stream has alder-trees along it, and is pretty well shaded over; the sun hits it in places and makes flecks of light through the leaves.

The day I am thinking of was a very hot one in early September. I had come across the meadows with some idea of sitting by the stream and reading. The only change in my plans that I made was that instead of sitting down I lay down, and instead of reading I went to sleep.

You know how sometimes—but very, very seldom—you see something in a dream which you are quite sure is real. So it was with me this time. I did not dream any story or see any people; I only dreamt of a plant. In the dream no one told me anything about it: I just saw it growing under a tree: a small bit of the tree root came into the picture, an old gnarled root covered with moss, and with three sorts of eyes in it, round holes trimmed with moss—you know the kind. The plant was not one I should have thought much about, though certainly it was not one that I knew: it had no flowers or berries, and grew quite squat in the ground; more like a yellow aconite without the flower than anything else. It seemed to consist of a ring of six leaves spread out pretty flat with nine points on each leaf. As I say, I saw this quite clearly, and remembered it because six times nine makes fifty-four, which happens to be a number which I had a particular reason for remembering at that moment.

Well, there was no more in the dream than that: but, such as it was, it fixed itself in my mind like a photograph, and I was sure that if ever I saw that tree root and that plant, I should know them again. And, though I neither saw nor heard anything more of them than I have told you, it was borne in upon my mind that the plant was worth finding.

When I woke up I still lay, feeling very lazy, on the grass with my head within a foot or two of the edge of the stream and listened to its noise, until in five or six minutes—whether I began to doze off again or not does not much matter—the water-sound became like words, and said, “Trickle-up, trickle-up,” an immense number of times. It pleased me, for though in poetry we hear a deal about babbling brooks, and though I am particularly fond of the noise they make, I never was able before to pretend that I could hear any words. And when I did finally get up and shake myself awake I thought I would anyhow pay so much attention to what the water said as to stroll up the stream instead of down. So I did: it took me through the flat meadows, but still along the edge of the wood, and still every now and then I heard the same peculiar noise which sounded like Trickle-up.

Not so very long after, I came to a place where another stream ran out of the wood into the one I had been following, and just below the place where the two joined there was—not a bridge, but a pole across, and another pole to serve as a rail, by which you could cross, without trouble. I did cross, not thinking much about it, but with some idea of looking at this new little stream, which went at a very quick pace and seemed to promise small rapids and waterfalls a little higher up. Now when I got to the edge of it, there was no mistake: it was saying “Trickle-up,” or even “Track-up,” much plainer than the old one. I stepped across it and went a few yards up the old stream. Before the new one joined it, it was saying nothing of the kind. I went back to the new one: it was talking as plain as print. Of course there were no two words about what must be done now. Here was something quite new, and even if I missed my tea, it had got to be looked into. So I went up the new stream into the wood.