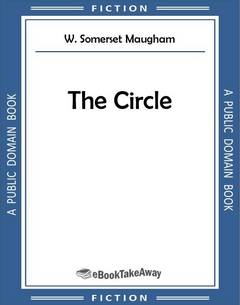 The Scene is a stately drawing-room at Aston-Adey, with fine pictures on the walls and Georgian furniture. Aston-Adey has been described, with many illustrations, in Country Life. It is not a house, but a place. Its owner takes a great pride in it, and there is nothing in the room which is not of the period. Through the French windows at the back can be seen the beautiful gardens which are one of the features.

It is a fine summer morning.

Arnold comes in. He is a man of about thirty-five, tall and good-looking, fair, with a clean-cut, sensitive face. He has a look that is intellectual, but somewhat bloodless. He is very well dressed.

Arnold. [Calling.] Elizabeth! [He goes to the window and calls again.] Elizabeth! [He rings the bell. While he is waiting he gives a look round the room. He slightly alters the position of one of the chairs. He takes an ornament from the chimney-piece and blows the dust from it.]

[A Footman comes in.

Oh, George! see if you can find Mrs. Cheney, and ask her if she’d be good enough to come here.

[The Footman turns to go.

Arnold. Who is supposed to look after this room?

Arnold. I wish when they dust they’d take care to replace the things exactly as they were before.

Arnold. [Dismissing him.] All right.

[The Footman goes out. He goes again to the window and calls.

Arnold. Elizabeth! [He sees Mrs. Shenstone.] Oh, Anna, do you know where Elizabeth is?

[Mrs. Shenstone comes in from the garden. She is a woman of forty, pleasant and of elegant appearance.

Arnold. No, I’ve been down to the tennis court. Something very tiresome has happened.

Arnold. I wonder where the deuce she is.

Anna. When do you expect Lord Porteous and Lady Kitty?

Arnold. They’re motoring down in time for luncheon.

Anna. Are you sure you want me to be here? It’s not too late yet, you know. I can have my things packed and catch a train for somewhere or other.

Arnold. No, of course we want you. It’ll make it so much easier if there are people here. It was exceedingly kind of you to come.

Arnold. And I think it was a good thing to have Teddie Luton down.

Arnold. Yes, that’s his great asset. I don’t know that he’s very intelligent, but, you know, there are occasions when you want a bull in a china shop. I sent one of the servants to find Elizabeth.

Anna. I daresay she’s putting on her shoes. She and Teddie were going to have a single.

Arnold. It can’t take all this time to change one’s shoes.

Anna. [With a smile.] One can’t change one’s shoes without powdering one’s nose, you know.

[Elizabeth comes in. She is a very pretty creature in the early twenties. She wears a light summer frock.

Arnold. My dear, I’ve been hunting for you everywhere. What have you been doing?

Elizabeth. Nothing! I’ve been standing on my head.