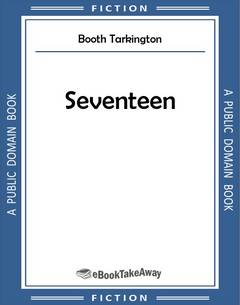 William Sylvanus Baxter paused for a moment of thought in front of the drug-store at the corner of Washington Street and Central Avenue. He had an internal question to settle before he entered the store: he wished to allow the young man at the soda-fountain no excuse for saying, "Well, make up your mind what it's goin' to be, can't you?" Rudeness of this kind, especially in the presence of girls and women, was hard to bear, and though William Sylvanus Baxter had borne it upon occasion, he had reached an age when he found it intolerable. Therefore, to avoid offering opportunity for anything of the kind, he decided upon chocolate and strawberry, mixed, before approaching the fountain. Once there, however, and a large glass of these flavors and diluted ice-cream proving merely provocative, he said, languidly—an affectation, for he could have disposed of half a dozen with gusto: "Well, now I'm here, I might as well go one more. Fill 'er up again. Same."

Emerging to the street, penniless, he bent a fascinated and dramatic gaze upon his reflection in the drug-store window, and then, as he turned his back upon the alluring image, his expression altered to one of lofty and uncondescending amusement. That was his glance at the passing public. From the heights, he seemed to bestow upon the world a mysterious derision—for William Sylvanus Baxter was seventeen long years of age, and had learned to present the appearance of one who possesses inside information about life and knows all strangers and most acquaintances to be of inferior caste, costume, and intelligence.

He lingered upon the corner awhile, not pressed for time. Indeed, he found many hours of these summer months heavy upon his hands, for he had no important occupation, unless some intermittent dalliance with a work on geometry (anticipatory of the distant autumn) might be thought important, which is doubtful, since he usually went to sleep on the shady side porch at his home, with the book in his hand. So, having nothing to call him elsewhere, he lounged before the drug-store in the early afternoon sunshine, watching the passing to and fro of the lower orders and bourgeoisie of the middle-sized midland city which claimed him (so to speak) for a native son.

Apparently quite unembarrassed by his presence, they went about their business, and the only people who looked at him with any attention were pedestrians of color. It is true that when the gaze of these fell upon him it was instantly arrested, for no colored person could have passed him without a little pang of pleasure and of longing. Indeed, the tropical violence of William Sylvanus Baxter's tie and the strange brilliancy of his hat might have made it positively unsafe for him to walk at night through the negro quarter of the town. And though no man could have sworn to the color of that hat, whether it was blue or green, yet its color was a saner thing than its shape, which was blurred, tortured, and raffish; it might have been the miniature model of a volcano that had blown off its cone and misbehaved disastrously on its lower slopes as well. He had the air of wearing it as a matter of course and with careless ease, but that was only an air—it was the apple of his eye.

For the rest, his costume was neutral, subordinate, and even a little neglected in the matter of a detail or two: one pointed flap of his soft collar was held down by a button, but the other showed a frayed thread where the button once had been; his low patent-leather shoes were of a luster not solicitously cherished, and there could be no doubt that he needed to get his hair cut, while something might have been done, too, about the individualized hirsute prophecies which had made independent appearances, here and there, upon his chin. He examined these from time to time by the sense of touch, passing his hand across his face and allowing his finger-tips a slight tapping motion wherever they detected a prophecy.

Thus he fell into a pleasant musing and seemed to forget the crowded street.