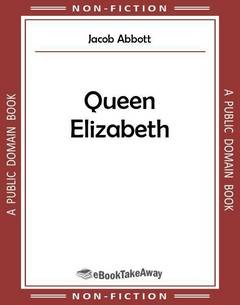 Travelers, in ascending the Thames by the steamboat from Rotterdam, on their return from an excursion to the Rhine, have often their attention strongly attracted by what appears to be a splendid palace on the banks of the river at Greenwich. The edifice is not a palace, however, but a hospital, or, rather, a retreat where the worn out, maimed, and crippled veterans of the English navy spend the remnant of their days in comfort and peace, on pensions allowed them by the government in whose service they have spent their strength or lost their limbs. The magnificent buildings of the hospital stand on level land near the river. Behind them there is a beautiful park, which extends over the undulating and rising ground in the rear; and on the summit of one of the eminences there is the famous Greenwich Observatory, on the precision of whose quadrants and micrometers depend those calculations by which the navigation of the world is guided. The most unconcerned and careless spectator is interested in the manner in which the ships which throng the river all the way from Greenwich to London, "take their time" from this observatory before setting sail for distant seas. From the top of a cupola surmounting the edifice, a slender pole ascends, with a black ball upon it, so constructed as to slide up and down for a few feet upon the pole. When the hour of 12 M. approaches, the ball slowly rises to within a few inches of the top, warning the ship-masters in the river to be ready with their chronometers, to observe and note the precise instant of its fall. When a few seconds only remain of the time, the ball ascends the remainder of the distance by a very deliberate motion, and then drops suddenly when the instant arrives. The ships depart on their several destinations, and for months afterward when thousands of miles away they depend for their safety in dark and stormy nights, and among dangerous reefs and rocky shores, on the nice approximation to correctness in the note of time which this descending ball had given them.

This is Greenwich, as it exists at the present day. At the time when the events occurred which are to be related in this narrative, it was most known on account of a royal palace which was situated there. This palace was the residence of the then queen consort of England. The king reigning at that time was Henry the Eighth. He was an unprincipled and cruel tyrant, and the chief business of his life seemed to be selecting and marrying new queens, making room for each succeeding one by discarding, divorcing, or beheading her predecessor. There were six of them in all, and, with one exception, the history of each one is a distinct and separate, but dreadful tragedy. As there were so many of them, and they figured as queens each for so short a period, they are commonly designated in history by their personal family names, and even in these names there is a great similarity. There were three Catharines, two Annes, and a Jane. The only one who lived and died in peace, respected and beloved to the end, was the Jane.

Queen Elizabeth, the subject of this narrative, was the daughter of the second wife in this strange succession, and her mother was one of the Annes. Her name in full was Anne Boleyn. She was young and very beautiful, and Henry, to prepare the way for making her his wife, divorced his first queen, or rather declared his marriage with her null and void, because she had been, before he married her, the wife of his brother. Her name was Catharine of Aragon. She was, while connected with him, a faithful, true, and affectionate wife. She was a Catholic. The Catholic rules are very strict in respect to the marriage of relatives, and a special dispensation from the pope was necessary to authorize marriage in such a case as that of Henry and Catharine. This dispensation had, however, been obtained, and Catharine had, in reliance upon it, consented to become Henry's wife. When, however, she was no longer young and beautiful, and Henry had become enamored of Anne Boleyn, who was so, he discarded Catharine, and espoused the beautiful girl in her stead. He wished the pope to annul his dispensation, which would, of course, annul the marriage; and because the pontiff refused, and all the efforts of Henry's government were unavailing to move him, he abandoned the Catholic faith, and established an independent Protestant church in England, whose supreme authority would annul the marriage. Thus, in a great measure, came the Reformation in England. The Catholics reproach us, and, it must be confessed, with some justice, with the ignominiousness of its origin.