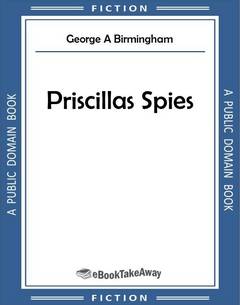 The summer term ended in a blaze of glory for Frank Mannix. It was a generally accepted opinion in the school that his brilliant catch in the long field—a catch which disposed of the Uppingham captain—had been the decisive factor in winning the most important of matches. And the victory was particularly gratifying, for Haileybury had been defeated for five years previously. There was no doubt at all that the sixty not out made by Mannix in the first innings rendered victory possible in the "cock house" match, and that his performance as a bowler, first change, in the second innings, secured the coveted trophy, a silver cup, for Edmonstone House. These feats were duly recorded by Mr. Dupré, the house master, in a neat speech which he made at a feast given in the classroom to celebrate the glory of the house. When the plates of the eleven were finally cleared of cherry tart and tumblers were refilled with the most innocuous claret cup, Mr. Dupré rose to his feet.

He chronicled the virtues and successes of the hero of the hour. The catch in the Uppingham match was touched on—a dangerous bat that Uppingham captain. The sixty not out in the house match had been rewarded with a presentation bat bearing a silver shield on the back of it. No boy in the house, so Mr. Dupré said, grudged the sixpence which had been stopped from his pocket money to pay for the bat. Then, passing to graver matters, Mr. Dupré spoke warmly of the tone of the house, that indefinable quality which in the eyes of a faithful schoolmaster is more precious than rubies. It was Mannix, prefect and member of the lower sixth, who more than any one else deserved credit for the fact that Edmonstone stood second to no house in the school in the matter of tone. The listening eleven, and the other prefects who, though not members of the victorious eleven, had been invited to the feast, cheered vigorously. They understood what tone meant though Mr. Dupré did not define it. They knew that it was mainly owing to the determined attitude of Mannix that young Latimer, who collected beetles and kept tame white mice, had been induced to wash himself properly and to use a clothes brush on the legs of his trousers. Latimer's appearance in the old days before Mannix took him in hand had lowered the tone of the house. Mannix' own appearance—though Mr. Dupré did not mention this—added the weight of example to his precepts. His taste in ties was acknowledged. No member of the school eleven knotted a crimson sash round his waist with more admired precision. Nor was the success of the hero confined to the playing fields and the dormitory. Mr. Dupré noted the fact that Mannix had added other laurels to the crown of the house's glory by winning the head master's prize for Greek iambics.

Mr. Dupré sat down. Mannix himself, blushing but pleasurably conscious that his honours were deserved, rose to his feet. As President of the Literary Society and a debater of formidable quality, he was well able to make a speech. He chose instead to sing a song. It was one, so he informed his audience, which Mr. Dupré had composed specially for the occasion. The tune indeed was old. Every one would recognise it at once and join in the chorus. The words, and he, Frank Mannix, hoped they would dwell in the memory of those who sang them, were Mr. Dupré's own. The eleven, the prefects and Mr. Dupré himself joined with uproarious tunefulness in a chorus which went tolerably trippingly to the air of "Here's to the Maiden of Bashful Fifteen."