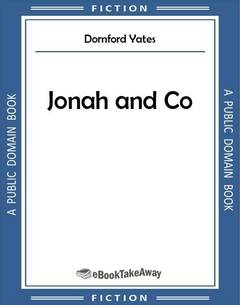 Read an excerpt and download Jonah and Co by Dornford Yates for iPhone, iPad, Nook, Android, and Kindle in PDF and all popular eBook reader formats (AZW3, EPUB, MOBI).

HOW BERRY STEPPED INTO THE BREACH, AND JONAH CAME FIRST AND WAS FIRST SERVED.

"Shall I massage it?" said Berry. The suggestion was loudly condemned.

"Right," replied my brother-in-law. "That reduces us to faith-healing. On the command 'One,' make your mind a blank—that shouldn't be difficult—realise that the agony you aren't suffering is imaginary, and close both legs. One! On the command 'Two'——"

"You can go," I said wearily. "You can go. I'll write to you when I want you. Don't bother to leave your address."

"But how vulgar," said Berry. "How very vulgar." He paused to glance at his watch. "Dear me! Half-past ten, and I haven't had my beer yet." He stepped to the door. "Should the pain become excruciating, turn upon the stomach and repeat Kipling's 'If.' Should——"

My sister and Jill fairly bundled him out of the doorway.

Sitting by my side upon the bed, Adèle laid her cheek against mine.

"The pain's practically stopped," said I, "thank Heaven. Putting it up's done that. But I'm in for a stiff leg, dear. I know that. Not that that matters really, but it means I can't drive."

It was unfortunate that, before I had been upon French soil for half an hour, I should be kicked by a testy cab-horse of whose existence—much less proximity—thanks to the poor lighting of Boulogne, I had been totally unaware. I had been kicked upon the same knee in 1916. On that occasion I had gone with a stiff leg for a fortnight. It seemed unpleasantly probable that history would wholly repeat itself.

"I can travel," I continued. "I shall be able to walk with a stick, but I shan't be able to drive. And, as Jonah can't drive more than one car at a time, Berry'll have to take the other."

At my words Daphne started, and Jill gave a little cry.

"I know, but he'll get through somehow. I'll sit by his side. It'll shorten my life, of course, but what else can we do? Even if Fitch was here, there's no room for a chauffeur. And you'd find towing tedious after the first five hundred miles."

With a white forefinger to her lips, my sister regarded me.

"I know he's a disgrace," she said slowly, "but he's—he's the only husband I've got, Boy, and—he has his points," she concluded softly with the tenderest smile.

I stretched out a hand and drew her towards me.

"Isn't he my only brother, darling? Isn't he—Berry? I'll see he comes to no harm."

"You really think it's safe?"

"Perfectly. For one thing, I shall be able to reach the hand-brake rather more easily than he will…."

My sister kissed me.