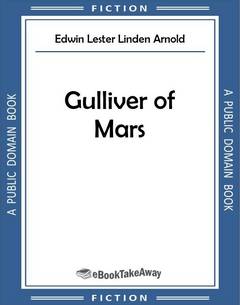 Dare I say it? Dare I say that I, a plain, prosaic lieutenant in the republican service have done the incredible things here set out for the love of a woman—for a chimera in female shape; for a pale, vapid ghost of woman-loveliness? At times I tell myself I dare not: that you will laugh, and cast me aside as a fabricator; and then again I pick up my pen and collect the scattered pages, for I MUST write it—the pallid splendour of that thing I loved, and won, and lost is ever before me, and will not be forgotten. The tumult of the struggle into which that vision led me still throbs in my mind, the soft, lisping voices of the planet I ransacked for its sake and the roar of the destruction which followed me back from the quest drowns all other sounds in my ears! I must and will write—it relieves me; read and believe as you list.

At the moment this story commences I was thinking of grilled steak and tomatoes—steak crisp and brown on both sides, and tomatoes red as a setting sun!

Much else though I have forgotten, THAT fact remains as clear as the last sight of a well-remembered shore in the mind of some wave-tossed traveller. And the occasion which produced that prosaic thought was a night well calculated to make one think of supper and fireside, though the one might be frugal and the other lonely, and as I, Gulliver Jones, the poor foresaid Navy lieutenant, with the honoured stars of our Republic on my collar, and an undeserved snub from those in authority rankling in my heart, picked my way homeward by a short cut through the dismalness of a New York slum I longed for steak and stout, slippers and a pipe, with all the pathetic keenness of a troubled soul.

It was a wild, black kind of night, and the weirdness of it showed up as I passed from light to light or crossed the mouths of dim alleys leading Heaven knows to what infernal dens of mystery and crime even in this latter-day city of ours. The moon was up as far as the church steeples; large vapoury clouds scudding across the sky between us and her, and a strong, gusty wind, laden with big raindrops snarled angrily round corners and sighed in the parapets like strange voices talking about things not of human interest.

It made no difference to me, of course. New York in this year of grace is not the place for the supernatural be the time never so fit for witch-riding and the night wind in the chimney-stacks sound never so much like the last gurgling cries of throttled men. No! the world was very matter-of-fact, and particularly so to me, a poor younger son with five dollars in my purse by way of fortune, a packet of unpaid bills in my breastpocket, and round my neck a locket with a portrait therein of that dear buxom, freckled, stub-nosed girl away in a little southern seaport town whom I thought I loved with a magnificent affection. Gods! I had not even touched the fringe of that affliction.

Thus sauntering along moodily, my chin on my chest and much too absorbed in reflection to have any nice appreciation of what was happening about me, I was crossing in front of a dilapidated block of houses, dating back nearly to the time of the Pilgrim Fathers, when I had a vague consciousness of something dark suddenly sweeping by me—a thing like a huge bat, or a solid shadow, if such a thing could be, and the next instant there was a thud and a bump, a bump again, a half-stifled cry, and then a hurried vision of some black carpeting that flapped and shook as though all the winds of Eblis were in its folds, and then apparently disgorged from its inmost recesses a little man.