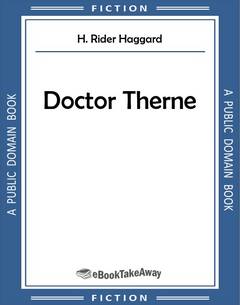 James Therne is not my real name, for why should I publish it to the world? A year or two ago it was famous—or infamous—enough, but in that time many things have happened. There has been a war, a continental revolution, two scandals of world-wide celebrity, one moral and the other financial, and, to come to events that interest me particularly as a doctor, an epidemic of Asiatic plague in Italy and France, and, stranger still, an outbreak of the mediaeval grain sickness, which is believed to have carried off 20,000 people in Russia and German Poland, consequent, I have no doubt, upon the wet season and poor rye harvest in those countries.

These occurrences and others are more than enough to turn the public mind from the recollection of the appalling smallpox epidemic that passed over England last autumn two years, of which the first fury broke upon the city of Dunchester, my native place, that for many years I had the honour to represent in Parliament. The population of Dunchester, it is true, is smaller by over five thousand souls, and many of those who survive are not so good-looking as they were, but the gap is easily filled and pock-marks are not hereditary. Also, such a horror will never happen again, for now the law of compulsory vaccination is strong enough! Only the dead have cause of complaint, those who were cut off from the world and despatched hot-foot whither we see not. Myself I am certain of nothing; I know too much about the brain and body to have much faith in the soul, and I pray to God that I may be right. Ah! there it comes in. If a God, why not the rest, and who shall say there is no God? Somehow it seems to me that more than once in my life I have seen His Finger.

Yet I pray that I am right, for if I am wrong what a welcome awaits me yonder when grief and chloral and that "slight weakness of the heart" have done their work.

Yes—five thousand of them or more in Dunchester alone, and, making every allowance, I suppose that in this one city there were very many of these—young people mostly—who owed their deaths to me, since it was my persuasion, my eloquent arguments, working upon the minds of their prejudiced and credulous elders, that surely, if indirectly, brought their doom upon them. "A doctor is not infallible, he may make mistakes." Quite so, and if a mistake of his should kill a few thousands, why, that is the act of God (or of Fate) working through his blindness. But if it does not happen to have been a mistake, if, for instance, all those dead, should they still live in any place or shape, could say to me, "James Therne, you are the murderer of our bodies, since, for your own ends, you taught us that which you knew not to be the truth."

How then? I ask. So—let them say it if they will. Let all that great cloud of witnesses compass me about, lads and maidens, children and infants, whose bones cumber the churchyards yonder in Dunchester. I defy them, for it is done and cannot be undone. Yet, in their company are two whose eyes I dread to meet: Jane, my daughter, whose life was sacrificed through me, and Ernest Merchison, her lover, who went to seek her in the tomb.

They would not reproach me now, I know, for she was too sweet and loved me too well with all my faults, and, if he proved pitiless in the first torment of his loss, Merchison was a good and honest man, who, understanding my remorse and misery, forgave me before he died. Still, I dread to meet them, who, if that old fable be true and they live, read me for what I am. Yet why should I fear, for all this they knew before they died, and, knowing, could forgive? Surely it is with another vengeance that I must reckon.

Well, after her mother's death my daughter was the only being whom I ever truly loved, and no future mental hell that the imagination can invent would have power to make me suffer more because of her than I have always suffered since the grave closed over her—the virgin martyr sacrificed on the altar of a false prophet and a coward.

I come of a family of doctors. My grandfather, Thomas Therne, whose name still lives in medicine, was a doctor in the neighbourhood of Dunchester, and my father succeeded to his practice and nothing else, for the old gentleman had lived beyond his means. Shortly after my father's marriage he sold this practice and removed into Dunchester, where he soon acquired a considerable reputation as a surgeon, and prospered, until not long after my birth, just as a brilliant career seemed to be opening itself to him, death closed his book for ever. In attending a case of smallpox, about four months before I was born, he contracted the disease, but the attack was not considered serious and he recovered from it quickly. It would seem, however, that it left some constitutional weakness, for a year later he was found to be suffering from tuberculosis of the lungs, and was ordered to a warmer climate.

Selling his Dunchester practice for what it would fetch to his assistant, Dr. Bell, my father came to Madeira—whither, I scarcely know why, I have also drifted now that all is over for me—for here he hoped to be able to earn a living by doctoring the English visitors. This, however, he could not do, since the climate proved no match for his disease, though he lingered for nearly two years, during which time he spent all the money that he had. When he died there was scarcely enough left to pay for his funeral in the little churchyard yonder that I can see from the windows of this quinta. Where he lies exactly I do not know as no record was kept, and the wooden cross, the only monument that my mother could afford to set over him, has long ago rotted away.