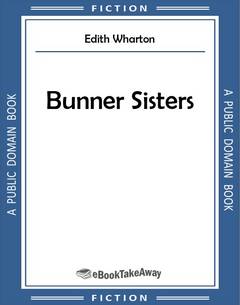 In Bunner Sisters, Edith Wharton gives us a vivid and insightful look at sisterly love and the dilemma of self-sacrifice. Ann Eliza and Evelina are spinster sisters eking out a quiet existence as shopkeepers in a crumbling corner of New York City.

When Ann Eliza gives Evelina a clock for her birthday, their lives become entangled with the clockmaker Mr. Ramy, with devastating consequences for them both. Ann Eliza feels she has it in her power to ensure her sister's happiness at the expense of her own - but can she really envisage the effects of her actions?

Written in 1892 but not published for almost twenty-five years, Bunner Sisters is a rare example of Wharton reaching outside her own social milieu, which she does with clarity and compassion.

In the days when New York's traffic moved at the pace of the drooping horse-car, when society applauded Christine Nilsson at the Academy of Music and basked in the sunsets of the Hudson River School on the walls of the National Academy of Design, an inconspicuous shop with a single show-window was intimately and favourably known to the feminine population of the quarter bordering on Stuyvesant Square.

It was a very small shop, in a shabby basement, in a side-street already doomed to decline; and from the miscellaneous display behind the window-pane, and the brevity of the sign surmounting it (merely "Bunner Sisters" in blotchy gold on a black ground) it would have been difficult for the uninitiated to guess the precise nature of the business carried on within. But that was of little consequence, since its fame was so purely local that the customers on whom its existence depended were almost congenitally aware of the exact range of "goods" to be found at Bunner Sisters'.

The house of which Bunner Sisters had annexed the basement was a private dwelling with a brick front, green shutters on weak hinges, and a dress-maker's sign in the window above the shop. On each side of its modest three stories stood higher buildings, with fronts of brown stone, cracked and blistered, cast-iron balconies and cat-haunted grass-patches behind twisted railings. These houses too had once been private, but now a cheap lunchroom filled the basement of one, while the other announced itself, above the knotty wistaria that clasped its central balcony, as the Mendoza Family Hotel. It was obvious from the chronic cluster of refuse-barrels at its area-gate and the blurred surface of its curtainless windows, that the families frequenting the Mendoza Hotel were not exacting in their tastes; though they doubtless indulged in as much fastidiousness as they could afford to pay for, and rather more than their landlord thought they had a right to express.

These three houses fairly exemplified the general character of the street, which, as it stretched eastward, rapidly fell from shabbiness to squalor, with an increasing frequency of projecting sign-boards, and of swinging doors that softly shut or opened at the touch of red-nosed men and pale little girls with broken jugs. The middle of the street was full of irregular depressions, well adapted to retain the long swirls of dust and straw and twisted paper that the wind drove up and down its sad untended length; and toward the end of the day, when traffic had been active, the fissured pavement formed a mosaic of coloured hand-bills, lids of tomato-cans, old shoes, cigar-stumps and banana skins, cemented together by a layer of mud, or veiled in a powdering of dust, as the state of the weather determined.

The sole refuge offered from the contemplation of this depressing waste was the sight of the Bunner Sisters' window. Its panes were always well-washed, and though their display of artificial flowers, bands of scalloped flannel, wire hat-frames, and jars of home-made preserves, had the undefinable greyish tinge of objects long preserved in the show-case of a museum, the window revealed a background of orderly counters and white-washed walls in pleasant contrast to the adjoining dinginess.

The Bunner sisters were proud of the neatness of their shop and content with its humble prosperity. It was not what they had once imagined it would be, but though it presented but a shrunken image of their earlier ambitions it enabled them to pay their rent and keep themselves alive and out of debt; and it was long since their hopes had soared higher.

Now and then, however, among their greyer hours there came one not bright enough to be called sunny, but rather of the silvery twilight hue which sometimes ends a day of storm. It was such an hour that Ann Eliza, the elder of the firm, was soberly enjoying as she sat one January evening in the back room which served as bedroom, kitchen and parlour to herself and her sister Evelina. In the shop the blinds had been drawn down, the counters cleared and the wares in the window lightly covered with an old sheet; but the shop-door remained unlocked till Evelina, who had taken a parcel to the dyer's, should come back.

In the back room a kettle bubbled on the stove, and Ann Eliza had laid a cloth over one end of the centre table, and placed near the green-shaded sewing lamp two tea-cups, two plates, a sugar-bowl and a piece of pie. The rest of the room remained in a greenish shadow which discreetly veiled the outline of an old-fashioned mahogany bedstead surmounted by a chromo of a young lady in a night-gown who clung with eloquently-rolling eyes to a crag described in illuminated letters as the Rock of Ages; and against the unshaded windows two rocking-chairs and a sewing-machine were silhouetted on the dusk.