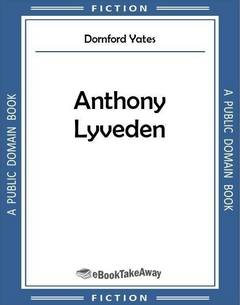 THE WAY OF A MAN

For the second time in three minutes he glanced anxiously at his wrist and then thrust his hand impatiently into a pocket. When you have worn a wristwatch constantly for nearly six years, Time alone can accustom you to its absence. And at the present moment Major Lyveden's watch was being fitted with a new strap. The pawnbroker to whom he had sold it that morning for twenty-two shillings was no fool.

The ex-officer walked slowly on, glancing into the windows of shops. He wanted to know the time badly. Amid the shifting press of foot-passengers a little white dog stuck to his heels resolutely. The sudden sight of a clock-maker's on the opposite side of the thoroughfare proved magnetic. Pausing on the kerb to pick up the Sealyham, Lyveden crossed the street without more ado....

Slowly he put down the terrier and turned eastward. It was clear that he was expecting something or somebody.

It was a hot June day, and out of the welter of din and rumble the cool plash of falling water came to his straining ears refreshingly. At once he considered the dog and, thankful for the distraction, stepped beneath the portico of a provision store and indicated the marble basin with a gesture of invitation.

"Have a drink, old chap," he said kindly. "Look. Nice cool water for
Patch." And, with that, he stooped and dabbled his fingers in the pool.

The hoarse cry rang out above the metallic roar of the traffic.

Lyveden caught his breath sharply and then stepped out of the shelter of the portico on to the crowded pavement. He was able to buy a paper almost immediately.

Eagerly he turned it about, to read the blurred words....

For a moment he stood staring, oblivious of all the world. Then he folded the sheet carefully, whistled to Patch, and strode off westward with the step of a man who has a certain objective. At any rate, the suspense was over.

A later edition of an evening paper showed Major Anthony Lyveden that the horse which was carrying all that he had in the world had lost his race by a head.